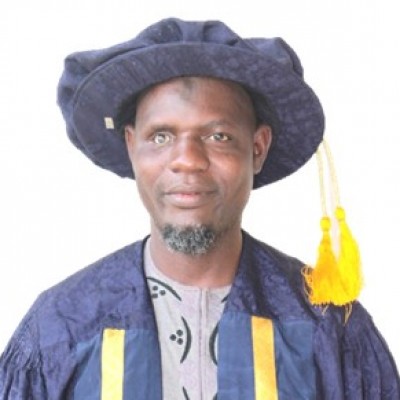 Born on October 12, 1968 in Sonfadako, Niger State, he attended Nda’aba Primary School, Nda’aba for his Primary School Leaving Certificate from 1976 to 1981, and College of Arts and Islamic Studies, Minna where he earned his Grade ll Teacher’s Certificate.

He undertook his A-Level programme in the School of General Studies, Bayero University Kano in 1989; and thereafter qualified for a Bachelor of Science (B.Sc.) degree in Accountancy in the year 1992 from the same University. He proceeded to the Federal University of Technology, Minna where he studied for a Post-Graduate Diploma in Mathematics and Computer Science from 1996 to 1997. He subsequently attended the University of Calabar, Cross-River State from 2001 to 2002 and qualified for a Masters in Business Administration (MBA).

He started his working career in 1986 as a teacher in Gbako Local Education Authority, Niger State. After a private sector experience with Abdul-Rahim & Co. Chartered Accountants, Kano as part-time Accountant in 1992, he was posted to the Nigerian Agricultural & Cooperative Bank Ltd, Damaturu branch, Yobe State for his National Service in 1992 having obtained his degree. He completed his mandatory service in 1993 and secured appointment with the Yobe State Water Board as Accountant where he served in various capacities until he relocated to his home state in 1995. He served in various capacities and positions in the Niger State Ministry of Finance: working as Head, Banks Reconciliations Unit from 1995 to 1997; Chief Accountant, Ministry of Women Affairs from 1997 to 1998; Chief Accountant, Cabinet, Secretary to the Government’s Office from 1998 to 2007; Chief Accountant, Ministry of Works from 2007 to 2009; and subsequently Chief Internal Auditor posted to the Ministry of Health. He rose to the rank of Assistant Director in 2011, and remained on that rank until he left the services of the Niger State government in 2012.

As an Islamic scholar, and as part of his voluntary contributions to society and his religion, Alhassan Sheikh Ibrahim served as Financial Secretary, Muslim Corpers’ Association of Nigeria, Yobe State branch from 1992 to 1993, and is currently the proprietor and founder of a Mosque-based Islamiyyah School located in his personal house in Niger State.

The accomplished Accountant has also attended conferences and workshops both locally and internationally.

He is happily married and blessed with children.